Are your thoughts aligned with your goal?

Are your thoughts aligned with your goal?

What does it mean to “align your thoughts with your goal” and why is it worth your time?

The short and simple answer to why it’s worth your time to align your thoughts with your goals – dreams – desires – is because doing so makes the journey faster, easier and more enjoyable.  Think “flow.”  Thoughts that are contrary to what you are wanting to achieve or experience, however, make the process slower, more complicated and more stressful.  Think “struggle.”

We don’t consciously choose to do things the “hard” way, but when I ask the question, “What do you want?” people almost always respond in one of two ways: END_OF_DOCUMENT_TOKEN_TO_BE_REPLACED

Monday morning is a great opportunity to reflect on what you want to achieve and how you want to feel by the end of the week .  To help everything come together easily for you, take a moment to also make sure your thoughts are focused on what you want instead of what you don’t want to experience.

It is Easier to Change My Diet than My Thoughts!

A healthy body is all about thought alignment.  If you don’t have the body you desire, it is because your thoughts are aligned with what you do NOT want rather than what you do want.  For instance, you may believe that in order to have a healthy, fit body you must eat only certain foods, monitor or restrict what you eat and work out to specific routines or for a certain amount of time.  Over time, however, you have been unable to integrate these changes into your day-to-day life and so you have the body you would EXPECT for someone who does not diet and exercise appropriately.  Your current physical state is because you BELIEVE you must do certain things to achieve balance with your natural health and well-being.  You BELIEVE that health and well-being are conditional…and in this example the conditions are diet and exercise.

How do you explain then all those fit and trim individuals (like my son and my husband) who do not diet or exercise?  They eat what they enjoy and they do with their bodies also whatever they enjoy. END_OF_DOCUMENT_TOKEN_TO_BE_REPLACED 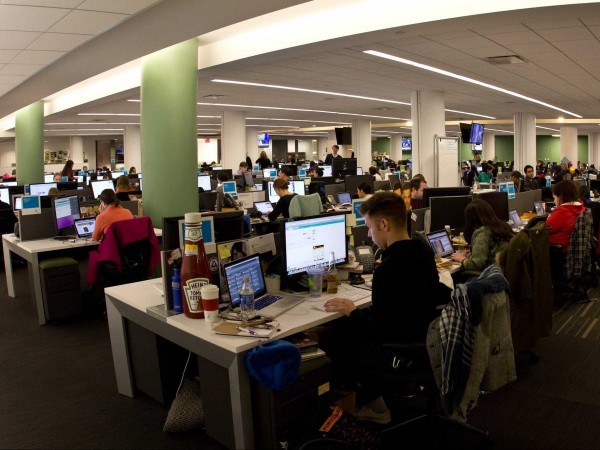 Thoughts that produce positive emotions emit high vibrations; thoughts that produce negative emotions emit low vibrations and make work a whole lot harder than it has to be.  As energy, our thoughts produce vibrations that go out into the Universe – the workplace, the organization, the marketplace, the community – and attract more of the same or similar experiences back to us.  Like attracts like and thus “what is” tends to continue to be.  This the reason that for some, the better it gets the better it gets while others stay stuck on that proverbial hamster wheel with never enough of what is needed most.

What’s your workplace vibe?  Do you think it is affecting the individuals associated with your business and your organization’s overall performance?  You can tell what your workplace vibe is by how it feels and by what’s going on in your workplace.  Take a look at just a few examples of high and low vibrations at work… END_OF_DOCUMENT_TOKEN_TO_BE_REPLACED

Day 105 of My Gratitude Practice 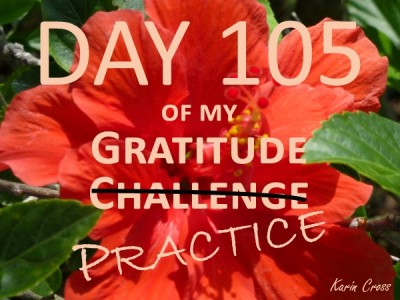 Recently, I’ve noticed 5 and 10 day gratitude challenges circulating around Facebook.  I’ve enjoyed reading some of the posts and thought it a bit humorous when a few began to grumble about running out of ideas to jot down on their lists.  Since today is my 105th consecutive day of writing 10 DIFFERENT “things” each day for which I am grateful, I thought I would share how this practice of gratitude has changed my perspective and my life.

The key to creating abundance in any area of your life – financial, love, peace, joy, fulfillment, health, etc. – is feeling abundant NOW.  You have to feel it in your bones every minute of every day.   END_OF_DOCUMENT_TOKEN_TO_BE_REPLACED

Mindfulness: A Key to Productivity at Work | Talent Management


This is a wonderful article about creating “balance” and joy in our lives just by doing a little mind works.

Even the best jobs cause stress, but meditation may be a tool people can use to mitigate its effects.

In her latest book, “Real Happiness at Work,” meditation teacher and author Sharon Salzberg says workers can use mindfulness and meditation to improve their work lives.

Salzberg, who is also co-founder of the Insight Meditation Society in Barre, Massachusetts, has also written other books, including “Real Happiness” and “Love Your Enemies.” She said it’s possible to be fully present, committed without being consumed, and to manage reactions and emotions to counterbalance stress and frustration so people can do better, more productive work. END_OF_DOCUMENT_TOKEN_TO_BE_REPLACED

Your Bad Mood is More Contagious than You Think – Human Capital Institute.

This is your brain on knitting – CNN.com


I tell everyone I know…”Figure out what you enjoy doing and what you’re good at and go do that for someone who needs just what you have to offer.”  I believe that this is the path to living purposefully and joyfully.

And here’s the science behind it!!!

This is your brain on knitting – CNN.com.

This story is part of CNN Health’s “Inside Your Brain” series.

In the years that followed, Huerta couldn’t leave the house without suffering a panic attack. She hated getting in cars since her brother’s body was found in one. She couldn’t seem to hold down a job. Every time she stepped outside she felt disaster closing in.

Her physician diagnosed her with post-traumatic stress disorder and extreme anxiety.

Her husband gave her knitting needles.

Huerta was skeptical at first. Knitting seemed silly — and difficult for hands she could never seem to keep still. But as she learned to knit and purl, hours melted away. She realized she was no longer focusing on the future, imagining catastrophic things happening to her loved ones.

Crafting can help those who suffer from anxiety, depression or chronic pain, experts say. It may also ease stress, increase happiness and protect the brain from damage caused by aging.

Little research has been done specifically on crafting, but neuroscientists are beginning to see how studies on cognitive activities such as doing crossword puzzles might also apply to someone who does complex quilting patterns. Others are drawing connections between the mental health benefits of meditation and the zen reached while painting or sculpting.

“There’s promising evidence coming out to support what a lot of crafters have known anecdotally for quite some time,” says Catherine Carey Levisay, a clinical neuropsychologist and wife ofCraftsy.com CEO John Levisay. “And that’s that creating — whether it be through art, music, cooking, quilting, sewing, drawing, photography (or) cake decorating — is beneficial to us in a number of important ways.”

Even today, years after Huerta first learned to knit, she finds she can lose herself for hours in a tricky pattern.

Psychologist Mihaly Csikszentmihalyi first described this phenomenon as flow: a few moments in time when you are so completely absorbed by an activity that nothing else seems to matter. Flow, Csikszentmihalyi says, is the secret to happiness — a statement he supports with decades of research.

“When we are involved in (creativity), we feel that we are living more fully than during the rest of life,” Csikszentmihalyi said during a TED talk in 2004. “You know that what you need to do is possible to do, even though difficult, and sense of time disappears. You forget yourself. You feel part of something larger.”

Our nervous system is only capable of processing a certain amount of information at a time, he explains. That’s why you can’t listen and understand two people who are talking to you at once. So when someone starts creating, his existence outside that activity becomes “temporarily suspended.”

“He doesn’t have enough attention left over to monitor how his body feels, or his problems at home. He can’t feel if he’s hungry or tired. His body disappears.”

The effects of flow are similar to those of meditation, says occupational therapist Victoria Schindler. Science has shown meditation can, among other things, reduce stress and fight inflammation.

Our bodies are in a constant state of stress because our brain can’t tell the difference between an upcoming meeting with the boss and an upcoming bear attack, Schindler says. The repetitive motions of knitting, for example, activate the parasympathetic nervous system, which quiets that “fight or flight” response.

In a 2007 paper “The neurological basis of occupation,” Schindler and co-author Sharon Gutman argue that patients could learn to use activities such as drawing or painting to elicit flow, which would offer a nonpharmaceutical way to regulate strong emotions such as anger or prevent irrational thoughts.

The reward center in your brain releases a neurotransmitter called dopamine when you do something pleasurable. Scientists believe dopamine was originally designed to make us repeat activities that would help the species survive, such as eating and having sex. Over time, we’ve evolved so that the brain can also release dopamine while we’re staining glass or decorating a cake.

No more ‘buts’: Do what makes you happy

“Dopamine, in and of itself, is our natural anti-depressant,” Levisay says. “Any time we can find a nonmedicinal way to stimulate that reward center … the better off we’re going to be.”

There’s survey evidence to support crafting’s dopamine effect. In one study of more than 3,500 knitters, published in The British Journal of Occupational Therapy, 81% of respondents with depression reported feeling happy after knitting. More than half reported feeling “very happy.”

And crafting’s reward goes far beyond creation. Seeing the finished product adorning your walls — or receiving praise from a loved one — can offer repeated hits of that feel-good chemical.

Crafting also improves our self-efficacy, Levisay says, or how we feel about performing particular tasks. Psychologists believe a strong sense of self-efficacy is key to how we approach new challenges and overcome disappointments in life. So realizing you can, in fact, crochet a sweater for your nephew can help you tackle the next big paper your teacher assigns.

Creative activities may protect against aging

More than 35 million people worldwide live with dementia today. By 2050, that number is expected to more than triple, and experts are racing to find ways to protect the brain from this debilitating condition.

Neuroscientists used to believe that the brain was a static organ, says Levisay, and that once it was fully developed in your 20s, all you could do was lose power. But research has shown more recently that our brains are flexible and can adapt to their environment, even in old age — a concept called neuroplasticity.

The aging brain: Why getting older just might be awesome

The evidence to support this concept is overwhelming. Studies have found intellectually stimulating activities, such as learning a new language, can help prevent cerebral atrophy and significantly delay dementia. And a recently published clinical trial shows cognitive training can improve reasoning skills and the brain’s processing speed for up to 10 years after said training has been completed.

“The natural next step is to study other activities — not just memory, cognitive tests,” Levisay says. “What about crafting activities? Something people do naturally because they’re enjoyable.”

Crafting is also unique, Levisay says, in its ability to involve many different areas of your brain. It can work your memory and attention span while involving your visuospatial processing, creative side and problem-solving abilities.

Scientists are beginning to study leisure activities’ impact on the brain. Playing games, reading books and crafting could reduce your chances of developing mild cognitive impairment by 30% to 50%, according to a 2011 study published in The Journal of Neuropsychiatry.

“The hypothesis is that the more stimulating your environment is … the more you’re increasing the complexity of the brain, the more you can afford to lose,” Levisay says. “You’re building a buffer.”

As a Matter of Thought