Life Doesn’t Have to be Perfect to be Awesome!

Life Doesn’t Have to be Perfect to be Awesome!

2 Comments on Life Doesn’t Have to be Perfect to be Awesome! 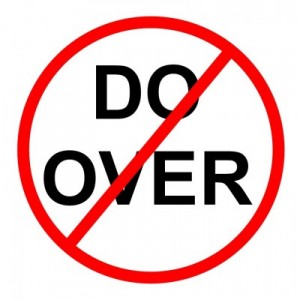 I thought about naming this article, “Can I Get a Do-Over for 2015?”  That was the first thought I had when I began thinking about what I want for 2016 and realized that the “list” was basically what I wanted for 2015.

We create our own reality through our thoughts, intentions and inspired actions, so I fully expected to easily achieve my goals.  Along the way, however, the road got quite rocky.  I won’t bore you with the details, but long story short…by the second half of 2015 an old back injury became so painful (9+ on a 10-point scale) that it significantly reduced my level of engagement and activity in every aspect of my life.

Most people know me as typically being very positive and hopeful, but this pain caused me to experience a lot of unwanted negativity:

I did not want this negativity to attract other similar experiences, so I found ways to relieve the pain temporarily so that I could focus on thinking more positive thoughts.  One of the things that brought me great relief was floating on my back in my pool with the sun on my face, the sounds of birds surrounding me and clouds floating gracefully across the sky.  This is what I call “basking” in nature.  It was during one of these moments that I realized, “life doesn’t have to be perfect to be awesome.”

This thought came to me again as I reflected back on 2015, and I began to think about what an amazing year it really was:

The list of positive 2015 experiences goes on.  I even checked off two incredible bucket list items last year.  So, no…I do not want a “do-over” for 2015.  Too many wonderful things happened.  And in hind-sight, I believe it all, whether negative or positive in the moment, was necessary to move me toward the goals I set at the beginning of 2015.

How about you?  Was 2015 what you expected?  If you experienced some negativity in 2015, perhaps it was because it was necessary to help you get to where you want to be.  So take what gems you can from last year and use them to help you achieve your desires for 2016.

My mantra this year – “Well-being Abounds” (mentally, physically and spiritually) – was inspired by my experiences last year.  It’s written on my bathroom mirror, and I look at it and say it with conviction every day.  What mantra can you create that captures the wisdom you gained last year and points you to your goals and dreams for 2016?

Happy New Year!  I hope your 2016, and mine, exceed our wildest expectations.

As a Matter of Thought